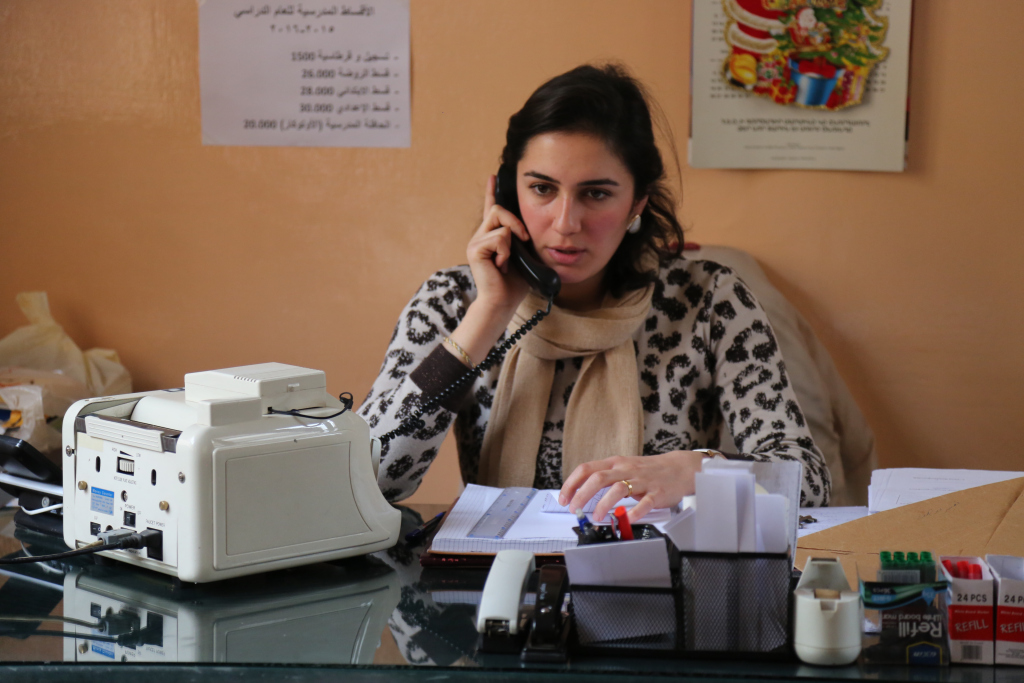 Yeva keeps the books for the three Armenian schools in Kamishli. She is young and pretty, sporting a leopard-print jumper that is right on trend (whatever my friend Barbara might say) and is typing on an unidentifiable machine on her desk, dating from before Steve Jobs took over as CEO of Apple.

This year, when students went back to school in September, the families of 120 of the 500 schoolchildren weren’t able to pay their fees. “But we can’t leave the children without a school, so we took them in all the same”, Yeva tells us. With a bit of luck, the school will receive funding from Armenian communities worldwide to balance the books. If not, they’ll find another solution; they still have a few months… 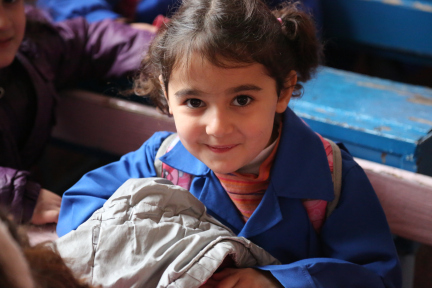 Fundamentally, she doesn’t seem to be overly concerned about it. The main worry of the school’s leadership team is keeping on a certain number of pupils. With the Armenian community in Kamishli having been reduced by half since 2013, there are fewer and fewer children in the schools. And if numbers carry on decreasing, the government will requisition the school. Then there will no longer be an Armenian primary school in Kamishli.

Funded or not, there’s a lot of joy in the primary school. Isn’t that always the case? Even when we’re talking about a Christian school situated just a few dozen kilometres away from the Islamic State.

The atmosphere is less carefree in the secondary school: they have exams on their mind.

We ask Yeva if she’ll leave Syria. She tells us, “Yes, why not. I’ll maybe head to Germany”. But the response lacks conviction; she’d have replied in the same tone to the question, “Care for a coffee?”Yeva gets on with her job: the accounts and life go on.